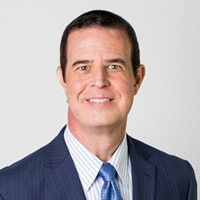 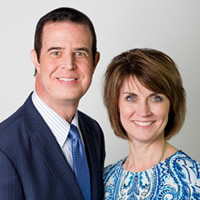 Randall currently serves as Coordinator of Global Youth Leadership with Church of God International Youth and Discipleship. He also provides leadership with Church of God World Missions as the Africa Youth Ministries Coordinator. Randall served as a local church youth pastor, and many years around the USA as a State Director of Youth and Discipleship. He teaches for Lee University and occasionally at the Asian Seminary of Christian Ministry on Youth Ministry, Theology, Pastoral Ministries, Leadership and other topics.

Randall and his wife Rhonda have two amazing young adult children, Clay and Alysse, and a daughter-in-law who remind them daily of the priority of family and healthy ministry. 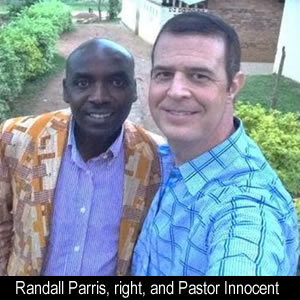 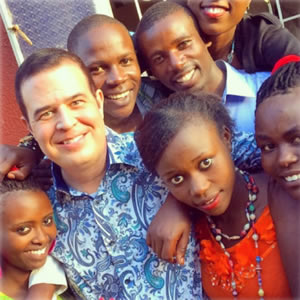 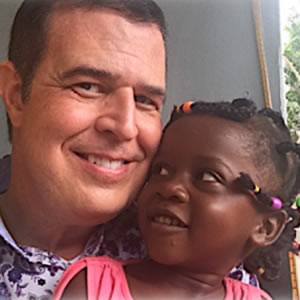 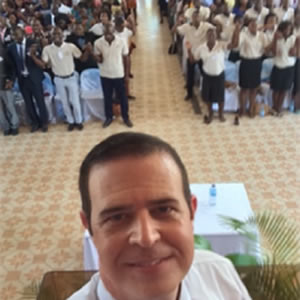 A Half Billion Reasons to Care About Africa

Two Church of God departments are sharing resources and personnel to help reach a harvest of more than 500 million youth under the age of 20 on the continent of Africa. Randall Parris, who serves as Global Youth Leadership Coordinator with Church of God Youth and Discipleship, was appointed by World Missions at the 2016 General Assembly to the volunteer position of Youth Ministry Coordinator of Africa.

“Since going on a summer mission trip as a teenager, my sensitivity and love for the nations has come naturally and unfailingly.” Parris stated that his ministry in Africa began about six years ago, primarily in the form of raising money for orphanages and building ministry centers on the continent.

“My heart for the people of Africa has bloomed,” Parris said. “My aspiration was to see if I might do more to build up youth ministry, youth leaders and next generation of leaders on this massive continent.” Parris went on to say that the doors quickly opened and Church of God Field Director in Africa, Peter Thomas, and the Africa Council invited him to help train youth, youth leaders, and pastors to minister to the current and next generation. He has trained leaders from over 35 nations so far.

Poverty, disease, lack of education, crime, war, famine and lack of economic opportunity are just some of the needs of youth in Africa. “These disadvantages stare the average African teenager in the face daily,” Parris said. “To sum it up, African youth need one thing: they need hope! Much like Peter and John, we may not have silver and gold to share, but what we have we will share; we have hope in Jesus Christ!”

The African country of Rwanda was ravaged by genocide almost twenty-five years ago and more than one million people died in less than ninety days. The parents, siblings and grandparents of one Rwandan boy, named Innocent, were all murdered in just moments. Innocent survived by hiding in the bush. His whole family was gone; everyone was gone. Innocent told 2 Parris, “I was like a walking dead man. I was alive on the outside, but completely dead on the inside.” However, someone shared the Gospel with Innocent and everything changed. Innocent expressed, “From that very moment when I first met Jesus, He gave me peace! I have had peace every single day since then!” Innocent now pastors a growing congregation for the Church of God in Kigali, Rwanda.

The vision and strategy of Youth Ministry Africa was jointly developed and shaped by Parris and a team of key leaders from four regions of the continent. The ministry has identified the Top Five Priorities which include: 1) training youth leaders, 2) providing resources, 3)effective communication, 4) building trust and relationships, and 5) developing financial sustainability.

“The opportunity, motivation, and incentive is clear,” Parris concluded. “There are at least a half billion living, breathing, reasons to take action! What an amazing harvest and astounding opportunity!” 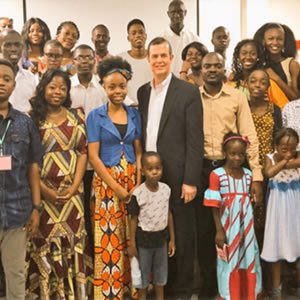 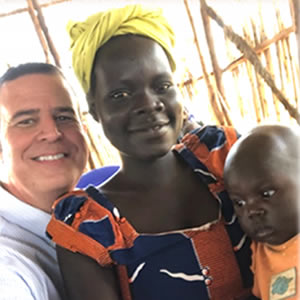 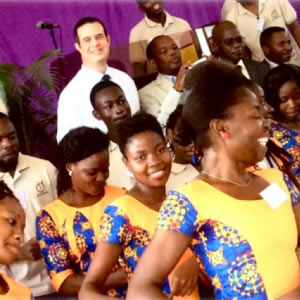 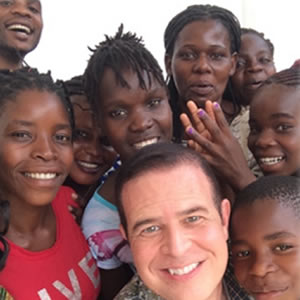